NEXT STOP
democracy
is not on sale
to oligarchs 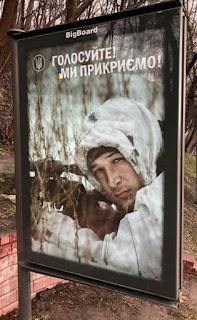 “Go and vote, we’ve got you covered.”
Powerful social media campaign reminding Ukrainian voters that free elections are only possible because the Ukrainian army defends the country against Russian aggression. Thanks Peter Dickinson 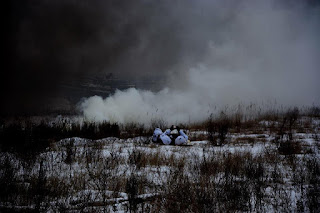 Escalation in Donbas: One Ukrainian soldier killed, four wounded amid 19 enemy attacks in past day